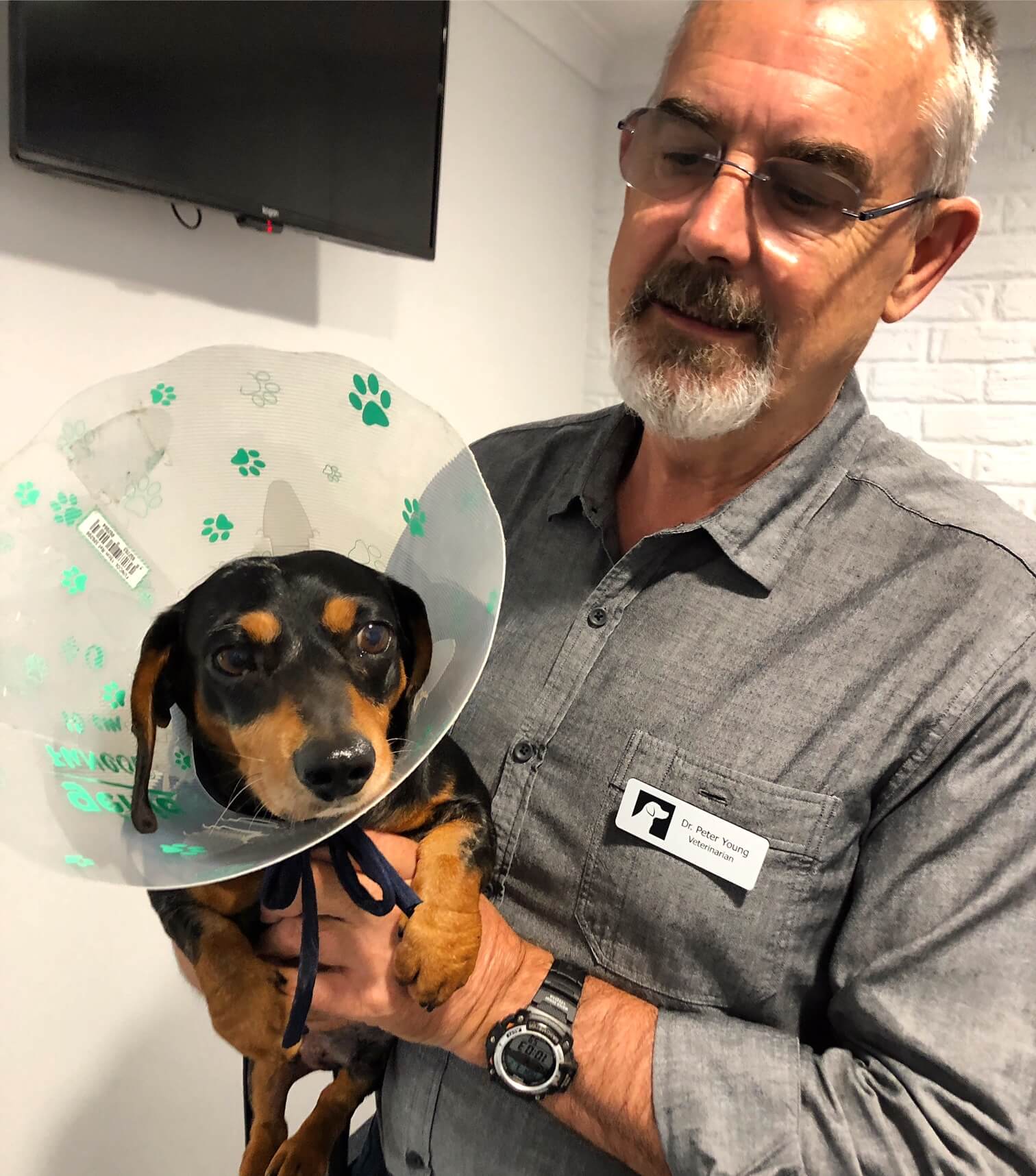 Dr Peter Young BVSC, MANZCVS (Small animal Surgery) has had a varied and rewarding career in many aspects of practice. Originally from a rural and farming background in the Bathurst area, he graduated from Sydney University with honours. Early clinical years were spent in dairy cattle, equine stud and rural general practice. A move to Albury saw an increased interest in small animal surgery with Membership exams being undertaken in 1990. This developed into a second opinion surgical practice until a move to Charles Sturt University in 2010, where he was involved in providing referral surgical services and as Superintendent of the Veterinary Teaching Hospital until 2017.
Since then Peter has decided on part-time work to allow time for many other pursuits.