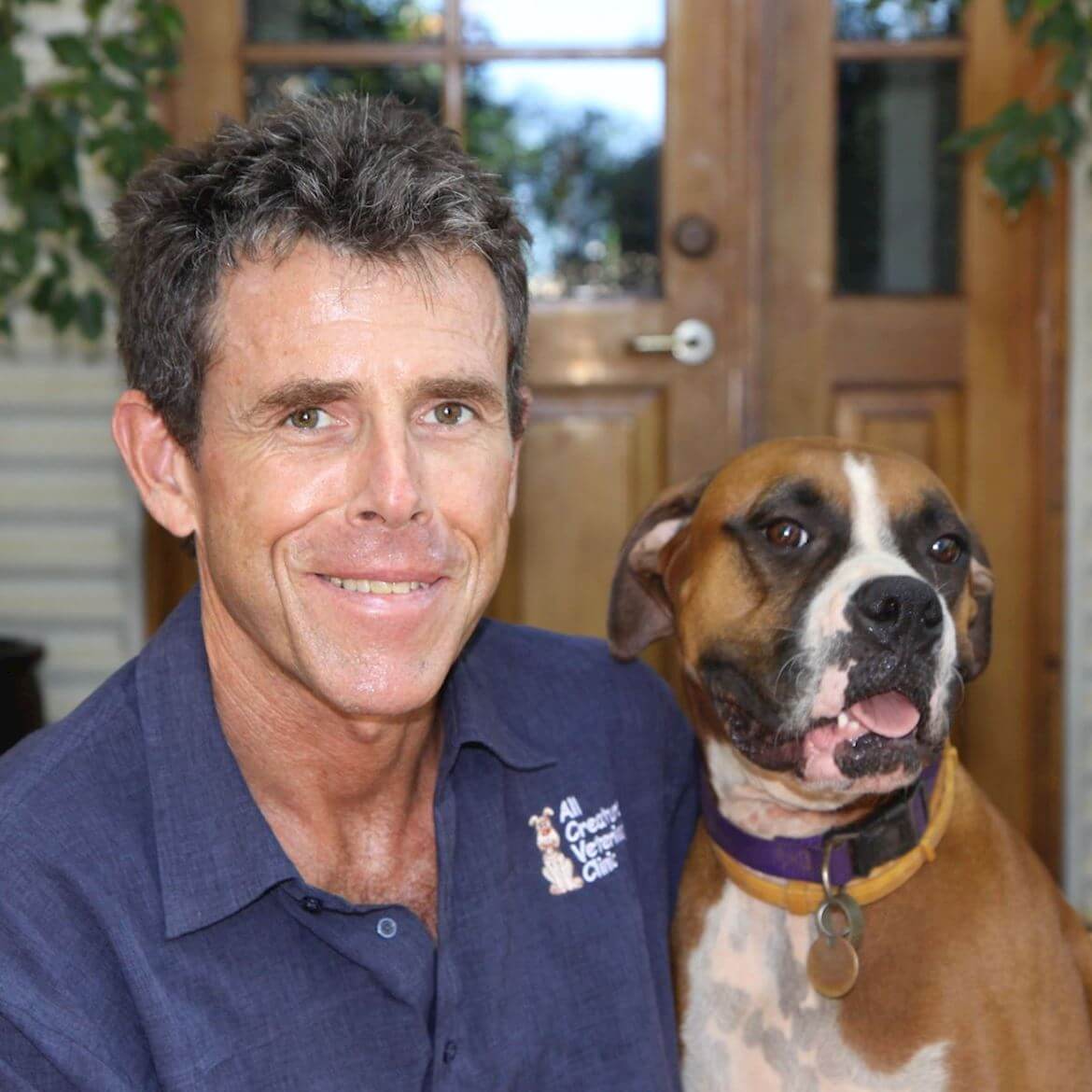 John graduated from University of Melbourne in 1987 and early veterinary years were spent in dairy practice in Victoria, followed by two years working and travelling in Europe. In the early 90's John found himself 'on the road' in the Northern Territory and Western Australia and a two week visit to Broome in 1995 has never ended.
John started All Creatures Veterinary Hospital in 1998. "I loved Broome and the Kimberley from the outset, and decided this was the place for me to set up my practice." John concentrated on his strengths in small animal medicine and surgery and quickly developed a loyal following in the town.