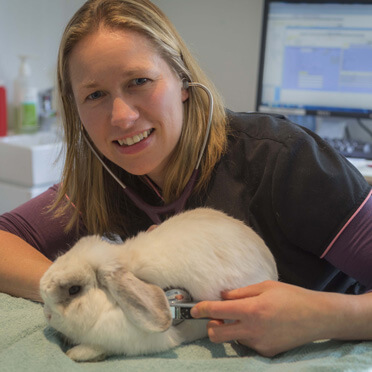 Narelle graduated in 1996 at Melbourne University and worked throughout Victoria as a dairy and large animal veterinarian. She has travelled extensively to New Zealand and the United Kingdom where her interest in rabbits increased. In England, Narelle worked in a large small animal clinic and treated an increasingly large number of rabbit patients over three years. Returning to Australia it became obvious that rabbits were increasing in popularity, especially as inside house rabbits. Narelle concentrates exclusively on rabbits and the occasional guinea pig as both a primary and secondary opinion veterinarian. She offers routine rabbit services including desexings and routine vaccinations, as well as surgical and medical care at her hospital Melbourne Rabbit Clinic. 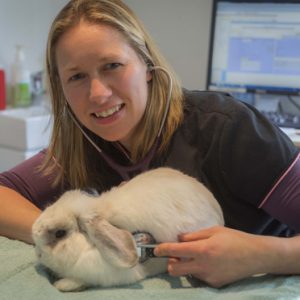